The Swiss are building the first electric racing aircraft

Pie Aeronefs is revolutionising aviation with a purely electric racing aircraft that is expected to break a record. The start-up, from Vaud in Switzerland, is also targeting the business jet of the future.

The first Swiss electric racing aircraft, it is a powerful lightweight with perfect aerodynamics. Marc Umbricht, Managing Director of Pie Aeronefs SA, is aiming to fly high. But his first priority is speed: In autumn 2022, the engineer and avid aviator will be competing in two air races — and breaking the world speed record for electric planes while doing so. As of September 2021, this stands at 340 kilometres per hour. A total of eight teams will compete in Air Race E, flying for between four and five minutes around a circuit.

A new chapter in aviation

Since Solar Impulse took off for the first time in 2009—a relatively slow bird at 70 k /h—a lot has happened in the field of alternative aircraft engines. In 2017, the Swiss electric motor glider SolarStratos began its maiden flight and last year, the first purely electric aircraft was approved in Europe: The Velis Electro from the Slovenian manufacturer Pipistrel is an ultralight aircraft with two seats, offering a flight time of 50 minutes at around 170 km/h.

Pie Aeronefs is pursuing other goals, focusing initially on the first electric racing aircraft in Switzerland. With a span of 6.6 metres, the UR-1 is designed specifically for air racing and is expected to reach a maximum speed of 500 km/h with 200 HP. To realise this dream, Marc Umbricht surrounded himself with a dynamic crew. In addition to pilots, sailors and aircraft technicians, the team consists of engineers with expertise in aerodynamics, structural engineering and composite materials.

Pie Aeronefs and the UR-1

The first Swiss racing aircraft that is purely electric, it has a propeller driven by a universal electric motor, powered by twelve lithium-polymer batteries. The UR-1 is manufactured by Pie Aeronefs SA, a start-up from La Sarraz (VD) with twelve employees, whose aim is to grow gradually.

While other projects modify existing aircraft types and equip them with electric drives, the pioneers from Vaud are constructing the UR-1 from nose to tail from the ground up. To maximise performance, they fitted the aircraft with a V-tail unit, which causes less drag than a rudder with rear wings.

The real innovation, however, lies in the batteries. These are inserted into the wings from the fuselage. Their design depends on various factors: If the batteries are heavy, they must be cooled intensively; if they are small, the voltage will be higher and cause a lot of heat. The developers found a happy medium in a battery system consisting of twelve flat modules that are 60 centimetres long. A new and complex matter: The wings must not bend in the air.

The lithium-polymer batteries have a capacity of 1.15 kilowatt hours and are packed in heat-resistant material. Cooling is achieved with a water-glycol mixture. A fire safety system developed in-house continuously monitors the temperatures of all the batteries and can automatically disconnect the affected modules if values become critical. Should a fire nevertheless occur, smoke and gases will escape through exhaust pipes.

When the UR-1 takes off for the first test flight in April 2022, Pie Aeronefs will already be working on the development of the next models. In addition to the UR-2, on which a new drive concept is to be tested, the team from Vaud are pursuing another long-term goal: An electric aircraft for four passengers with the same performance as a conventional aircraft of the same category. This will remain in the air for four to five hours at a cruising speed of 200 km/h.

The Swiss aviators want to equip both the UR-2 and the four-seater with distributed electric propulsion (DEP). This novel drive system consists of several electric drives distributed on the wing edge and provides three to ten propellers per wing. Pie Aeronefs is pursuing the development of a drive system for a business jet in particular. It is still unclear whether this is to be designed as a fully electric or as a hybrid solution consisting of a combustion system alongside an electrical one. Once the propulsion and energy storage technologies are fully developed, small electric aircrafts offer various advantages over combustion engines: Loss of power at altitude is a thing of the past, maintenance is cheaper and there is no need to warm up the motors.

We knew we would receive both high-quality products and flawless service from Brütsch/Rüegger Tools. 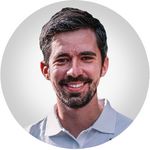 The Swiss air racing pioneers have various production requirements. Complex milled aluminium parts, fine ribs made of wood, structural parts made of composite materials and the moulds for the cockpit window; everything is produced in-house. The wings, for example, consist of up to 60 layers in places. No wonder the team relies on high-quality operating equipment — which is also sometimes used for contract production of composite components.

Brütsch/Rüegger Tools is an official supplier of Pie Aeronefs, which purchases tools and equipment from the ToolShop. The spectrum ranges from twist drills, carbide milling bits and collet chucks to V-block pairs with V-support, rivets and riveters, to the belt sanding machine. Timothy Kriegers, Head of Marketing & Sponsorship at Pie Aeronefs, explains: "Many in our team knew Brütsch/Rüegger Tools from previous activities. We knew we would receive both high-quality products and flawless service from Brütsch/Rüegger Tools." The airline pilot summarises: "We are extremely satisfied."